Since the start of the CCC Program participants have engaged with the various media outlets in St. Vincent. Media such as newspapers, radio stations, National and Local TV stations have been engaged and supportive to bring out the message of climate change adaptation and mitigation to the public. Every month since March 2012, the CCC Program has shared news, held discussions and engaged the public on various topics covering Climate Compliance.

Lessons in public schools: Hundreds of lessons have been given across the islands in pre-schools, primary schools, secondary schools, colleges, technical schools, correctional facilities, Rotary & Lions Clubs, churches, business groups, youth groups, community groups and to farmers. A selection of lessons on Global Warming, Climate Change, Organic Farming and GMO Awareness were held by various community activists, outreach officers along with participants and teachers from RVA.

RVA School visitation program: Another important public awareness collaboration, was the CCC’s involvement in the “Education Entertainment to Influence Behaviour Towards Climate Change Adaptation” project. This project was done together with the SVG Association of Music Professionals (SVG AMP). The CCC program assisted SVG AMP in their outreach activities in schools and communities. It provided education materials and presenters for the community and school visits as well as drum circle exercises. More than thousand people were directly influenced during the SVG AMP outreach activities.

Climate change children’s book: One of the radio programs inspired Vincentian author Jazey Wallace to write a children’s book on protecting the environment now printed with funding from the MCT. 100 copies RVA has distributed to 30 preschool and primary school libraries.

Radio and TV programs: Several Radio and TV stations have aired programs about the reasons for Climate Change and a number of articles have been published in newspapers and magazines. Several radio programs have been hosted on Nice Radio, Star FM, NBC, Praise FM, Hitz Radio.

Here the cooperation with Radio Grenadines (RG) is described:

Since 2011, RG has provided a source of written online news, community articles and music and the opportunity for people to learn new skills. After years of operating online, RG saw the need to increase community engagement and the positive impact on the environment and formed the “Raising awareness on climate change and other environmental issues in the grenadines through community media and internet radio” project; supported by The Global Environment Facility (GEF), Small Grants Programme.  Part of this project was to conduct 80 talk shows to address climate change and several other environmental topics. On these talks, listeners were able to call in and answer questions and win prizes. Richmond Vale Academy provided 20 factsheets for this project to be carried out.

“The fact sheets assisted us greatly especially in the area of how climate change can affect agriculture and what ordinary persons can do to make a change especially in small island states” - Stanton Gomes, Radio Grenadines

“Before RVA’s public awareness campaigns, many Vincentians did not know what permaculture was. Dreams of getting gold in a global treelympics were farfetched and plastic bottles were an environmental menace. Organic food, GMO awareness and so on were not highly extent. Through RVA’s intervention with its 2012 -2021 Climate Compliance agenda, SVG is now a different nation with a more positive environmental attitude.” Demion McTair, Production Manager WE FM Radio

“Here in St. Vincent and the Grenadines, we are attempting to become a green island, looking at energy, at the way we conserve our environment. I believe Richmond Vale Academy is one of those places where you can get the information and education and certified programs in terms of what you really need to know about helping to save this world, our planet.” Dr. Jerrol Thompson, Former Minister and MP North Leeward 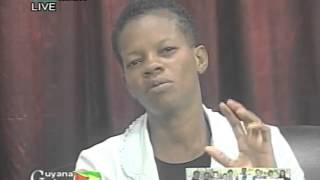 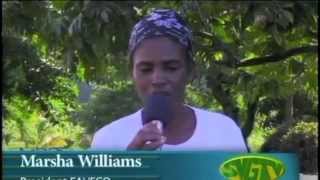 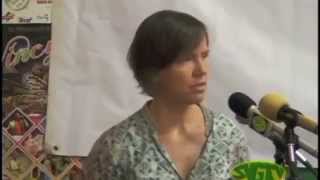 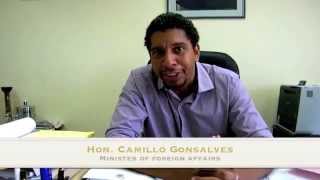 Greetings from The Minister of Foreign Affairs, St. Vincent 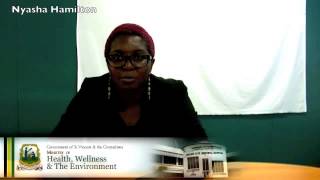 Greetings from Ministry of Health, Wellness and The Environment 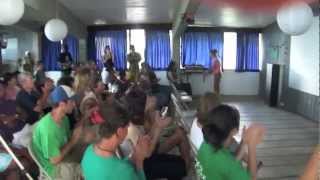 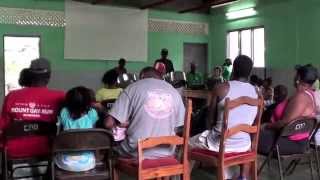 Let's Talk Green! The start of the Climate Compliance Conference! 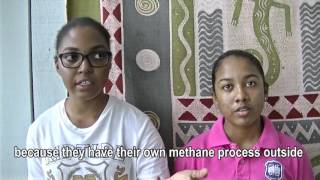 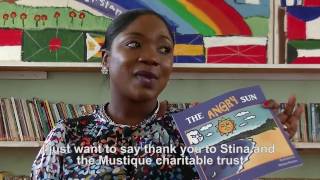 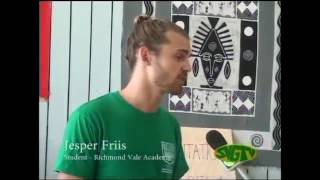 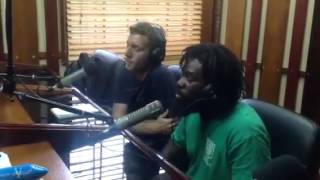 Climate Smart Agriculture on WE FM 99.9