Global Warming poses a major threat to Biodiversity, on land and in the oceans. If for example, the present rate of global warming continues, biodiversity hotspots like coral reefs, will disappear in 20 to 40 years. For biodiversity, each specie, no matter how big or small has an important role to play in an ecosystem. Various plants and animal species depend on each other and the diversity of species ensures a natural sustainability for all life forms; a healthy and solid biodiversity is self-sustaining and can recover without external intervention, from a variety of disasters.

The United Nations Environmental Organization has designated 2011 – 2020 as the “Decade on Biodiversity”.

We started to engage in protection and conservation efforts in 2015 by investing in a Diving Center. Shortly after we a trained instructor and the second instructor is in the process to being certified. We started to learn about the importance of marine biodiversity and the corals and then link it all to Global Warming and Climate Change; we wanted to do much more to protect our coastal line and the marine wildlife. We carried out several hunts to reduce the number of lion fish which is an invasive specie threatening the health of our reefs. We also initiated the Richmond Vale Coastal Conservation Project planting coastal trees such as mangroves to protect against sea level rises.

Our diving center is thriving and more than 100 certifications have already been issued in Open Water, Advanced Open Water, Rescue Diver and Dive Master. Over a period of three years we have also mapped out a number of diving sites in North Leeward and visit these sites frequently.

The communities of North Leeward are among the financially poorest in Saint Vincent and the Grenadines. Unemployment is prevalent and the main livelihoods – fishing and farming – are threatened by declining environmental health resulting from poor environmental practices.

RVA is about to start a new project which will contribute to reducing poverty and improving environmental health in these communities by building the capacity of young people in environmental management. Richmond Vale Academy will train 10 local youths (five female and five male) and engage them in understanding and solving environmental problems on land and sea through practical hands-on experience, including SCUBA diving surveys of coral reefs and environmental mini-projects that benefit their community.

The project is anticipated to improve environmental stewardship, environmental health and employment prospects. Sharing the journey of the young participants with the wider community through national TV and radio broadcasts will increase the reach and impact of the project.

Come back to this page for more info.

Lionfish is native to the Indo-Pacific and is currently an invasive specie in the Caribbean. They have a colourful and dramatic appearance that make them popular ornamental fish in saltwater aquariums. However, over the last decade, the density of the wild lionfish population in the Caribbean has expanded. It does not have natural predators in the area and thus poses a serious threat to other reef fish populations across the region, as well as coral reef ecosystems and the people who depend on them. St. Vincent and the region’s fishing and tourism industries, which depend on coral reefs, are at risk.
Two species of Lionfish (Pterois volitans and P. miles) are responsible for this recent and growing threat to the Atlantic and Caribbean reefs. Governments across the region are trying to respond. For this reason, RVA periodically carries out a number of lionfish hunts and awareness campaigns. Several meals of Lionfish have been served at the school. 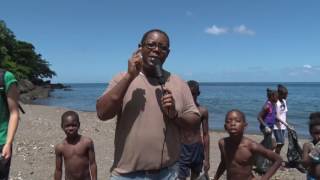 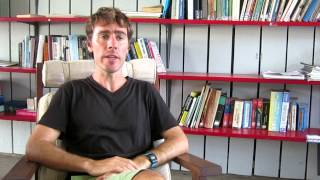 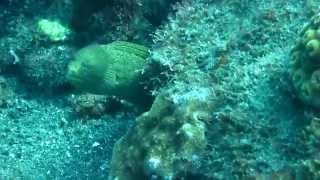 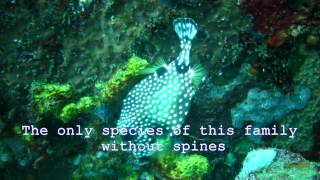 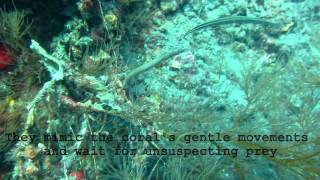 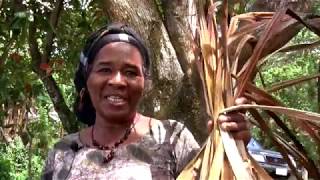