The Eruption of La Soufriere 2021

On the 27th of December 2020 the Volcano La Soufriere started an effusive eruption – slowly building a new dome as when pressing out toothpaste. It kept erupting with a sticky rock formation over the next 3.5 months as well as emitting sulfur dioxide gas affecting the air quality and destroying vegetation on the volcano sides, turning everything yellow.

On the 9th of April 2021 there was an explosive eruption and the volcano continued to erupt explosively over the following days with pyroclastic flows as well. The activity pattern of the ongoing eruption is comparable to that of the event that occurred in 1902, which lasted for 8 months.
The volcano is known to have erupted 23 times in the past 4000 years, and has been dormant since 1979.

As soon as the volcano started erupting the volcanologists lead by Vincentian Professor Richard “Richie” Robertson were on high alert because volcanoes like La Soufriere can very suddenly switch between an effusive and explosive eruption.

The Seismic Research Center of the University of the West Indies in Trinidad sent a high capacity expert group to St Vincent. The unit started setting up equipment measuring and analyzing the gas, rocks and the shape of the new dome. This constant analyzing told the scientists what state the volcano was in and helped them make better estimates of what would happen next. More equipment was donated and set up at different locations around the volcano and a helicopter arrived from Martinique.

On March 23rd lasting till 26th of March a series of volcano tectonic earth quakes/tremors was felt – this was likely due to magma movement beneath the dome.

On April 5th a swarm of more tremors were felt, more intense than the pervious. On April 8th after a sustained increase of volcanic and seismic activity a red alert was declared and an evacuation order issued as an explosion was deemed to be imminent.

During the 3.5 months prior to this evacuation order there had been moments when the Seismic Unit had concerns, but they hesitated to call for an Evacuation because if people were told to leave and nothing happened, they would be more hesitant to leave when the next warning came.

The National Emergency Management Organization (NEMO) started evacuating people in busses, cars and boats and 13 hours after the evacuation order was given the Volcano exploded – the following day on the 9th of April at 8.41 AM. Lots of people had still not left, so they were running for their lives and were picked up by the coast guard and cars.

The new dome that had formed exploded – rocks in the form of ash plume blew 10- 15 km up in the air and spread with the Jetstream as far as Barbados, which is 120 miles (190 km) east of St Vincent. (In 1902 as much as 2 million tons of ash spread to Barbados).

Another explosion happened that same afternoon and a third one in the evening at 6.45 pm. The red zone was covered in 10- 20 inches of ash and 5-10 inches elsewhere - getting roofs to collapse, weighing down trees and buildings. With rain following the ash became heavy as wet sand and lots of buildings collapsed.

The drinking water was contaminated by the ash flowing into the rivers and the influxion of 20.000 people arriving from the red and orange zones put a strain on the water as well. In the interim the government water facility resorted to delivering water to shelters and other residents, using huge tanks on trucks and lots of water started arriving from neighboring islands.

Electricity was lost for hours because the heavy ash weighed down on the power lines. The air quality was a hazard and a health problem for asthmatics and others with chronic health conditions.

Monday 12th of April the volcano started generating Pyroclastic flows - these hazards related to this explosive phase of eruption, resulted in multiple high energy PDCs, racing down the southern and western flanks of the volcano. Pyroclastic Density Currents (PDCs) or pyroclastic flows are the most dangerous of La Soufrière’s many hazards, because of their scorching temperatures and fast speed. They may bulldoze down the volcano and wipe out whatever lays in their path, even possibly racing out to sea on a bed of boiled water for a mile or more.

PYROCLASTIC FLOWS from recent explosions would be laying down a foundation and destroying obstacles such as trees, so that future flows might reach further; making a number of areas especially dangerous to be in.

The first coming down might have a lot of energy and it reaches all the way to the coast. The next one doesn’t have to be as big to get to the coast because it’s now running on something that is much easier to run on. If there’s nothing to stop it, the flow will continue until it runs out of energy; once the volcano continues to erupt, this places people in a danger zone they should not be in.
Further, the scientists have consistently warned fisher folk or marine traffic to stay a healthy distance of three miles from the shore at the North.

The Volcano had a violent start up – so it suggests that it lost its energy. A cap is being built on the top and Richie says that it is building up energy to burst through this cap.

He believes this is only the beginning – there can be much more.

Support Victims of Volcano Eruption
We are asking for your donation to enable us to give urgent assistance to people, while they are waiting to move back and build up what is lost.
https://richmondvale.org/en/get-involved/donate
It would be a big help if you share this page on social media so we can get the word out and allow more people to get involved in helping the people in St Vincent . Thank you! 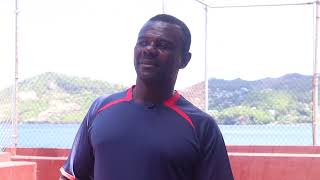 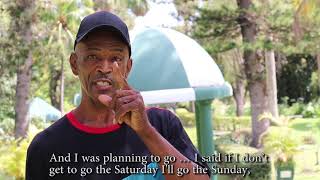 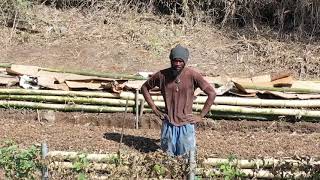 RVA B - B for Buccament. 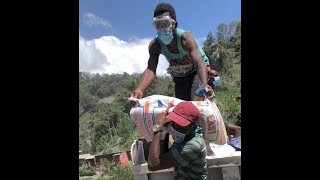 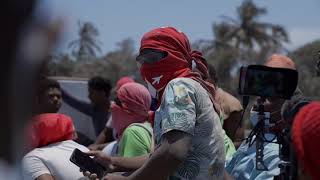 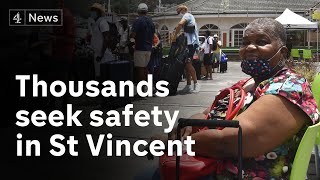 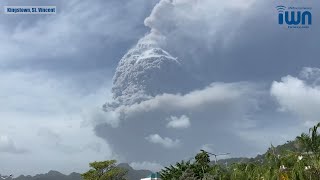 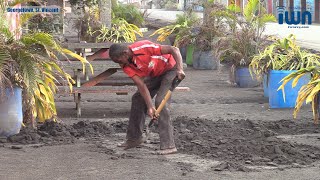 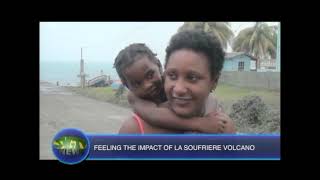